Aldus Press is named in honour of the acclaimed fifteenth-century Venetian humanist, scholar, educator, and printer Aldus Manutius. Manutius devoted a substantial part of his life to publishing rare Latin and Greek texts and devised the concept of italic lettertype.

Aldus Manutius – A Man of Letters

Manutius was the premier fifteenth-century printer of classic Greek and Latin texts. He championed a revolutionary approach, placing accessibility, affordability, and quality first and foremost.

“Manutius produced the first printed editions of many of the Greek and Latin classics and is particularly associated with the production of small, excellently edited pocket-size books printed in inexpensive editions.” – Britannica.com

Manutius is most recognized for his dedication to making the ancient Greek classics – such as Homer, Plato, and Aristotle – widely available in their original Greek. To achieve this, Aldus worked to create a standardized italicized typeface – the first ever created. Alongside this, he masterminded a new publishing format – books designed to be easily carried by readers on their travels. This was a startling idea, one that changed the way publishers and scholars viewed books and coincidentally reduced production costs. His publishing imprint, Aldine Press, became internationally celebrated, and his innovative adaptations were quickly copied.

Though Aldine Press was founded in 1494, its logo of a dolphin wrapped around an anchor first appeared in June 1502. Together with this image, Manutius adopted the ancient expression festina lente – meaning ‘make haste slowly’ or ‘more haste, less speed’. Both the symbol and the expression were popular throughout ancient Greece and Rome.

Today, Aldus Press has rejuvenated the original logo, using the traditional form in a modern style. Reflecting on how technology has once again sparked a leap forward in publishing, our revised motto is celeres sine festina – ‘speed without haste’. 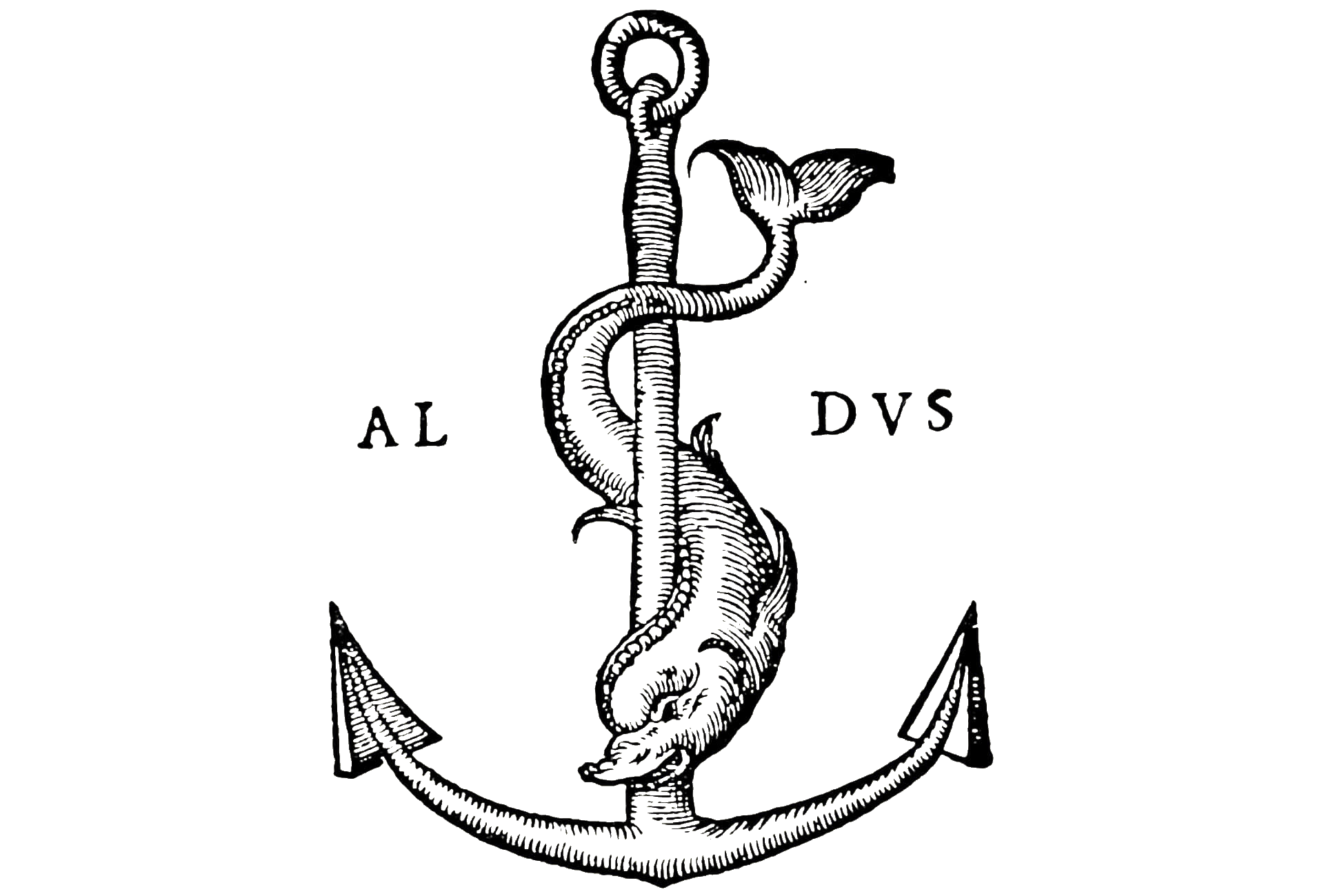